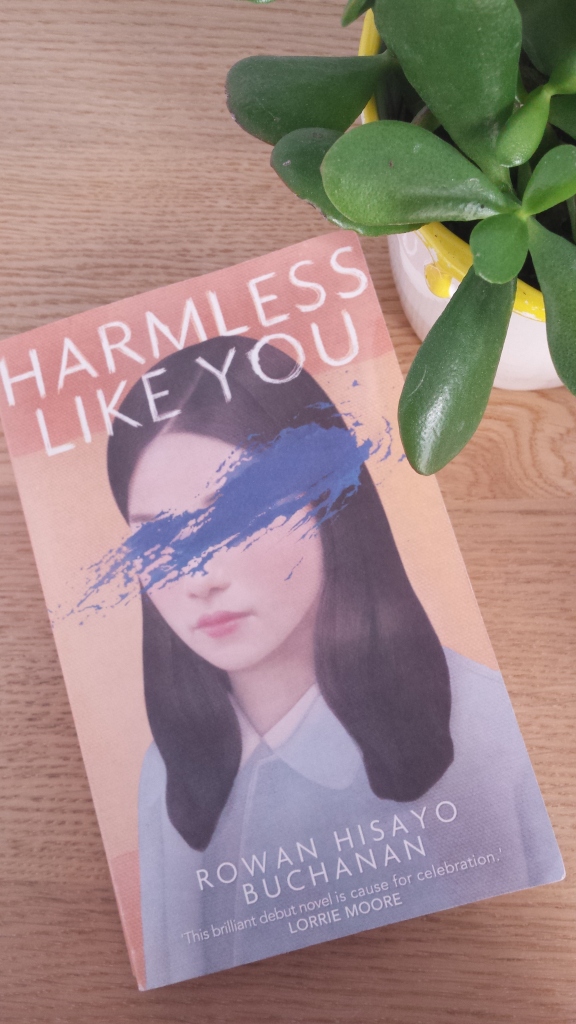 After the death of his father, Jay travels from Connecticut to Berlin to find Yuki, his mother whom he has not seen since she left when he was a toddler. The novel alternates between the perspectives of Yuki and Jay. Yuki’s story spans her teenage years in the 1960s up to the point of her leaving in the 1980s, and Jay’s story takes place in the present.

Yuki has lived in New York since she was a child, and when her father’s job returns the family to Japan, Yuki decides to stay behind. In the subsequent years, she struggles with her identity and with her dream to become an artist.

Jay is an art dealer married to the love of his life, Mimi. But after the birth of their daughter, he begins to question his relationship with his wife and child.

This novel tells a story of the search for identity and place of belonging while connecting it to the art world. It also looks at what we inherit from each other–the pain, conflict and harm that is passed down in a family.

This is another book I read about online, but I can’t remember where (I should keep better track of this). I think it was in a “Best of 2016” list somewhere. Then I read that Becky Toyne recommended this for readers who liked Imagine Me Gone (which I loved), and that increased my desire to read Harmless Like You.

In mid-December, I was shopping for books to give as Christmas gifts, and when I saw the cover of Harmless Like You staring at me, I decided to buy myself a Christmas gift, too.

It’s not surprising to learn that Buchanan is an artist herself. This is not only because of the book’s art theme (and discussion of colour), but it’s also apparent through the style of the writing. It’s as though Buchanan went in with a big brush to tackle difficult themes and an interesting plot, and then went in with a smaller brush to add in the finer details (the sentences and paragraphs are beautifully crafted).

Yuki’s sections are told in the third person, while Jay’s are in the first. Because of this, it feels like there is a bit of distance created between Yuki and the reader, but, at the same time, this third-person narration almost gives us more insight into what she’s going through.

I also really liked the examination of parenthood in this book. It was smart of Buchanan to include various types of parents, such as Yuki’s parents and Yuki’s high school friend’s single mother. But it was most interesting to read of the struggles experienced by Yuki and then Jay when they each become parents.

I agree with Becky Toyne that fans of Imagine Me Gone will like this book. It’s also a great choice if you like literary fiction, art and/or stories about complications within families.

I think the jasmine tea that Yuki drinks (and gets her boyfriend, Lou, drinking, too) suits the book quite well. But American diners also make several appearances, and I found myself craving a slice of the cherry pie that Yuki’s friend Edison often orders after their life-drawing classes. So why not have both?

One thought on “Harmless Like You packs a punch”