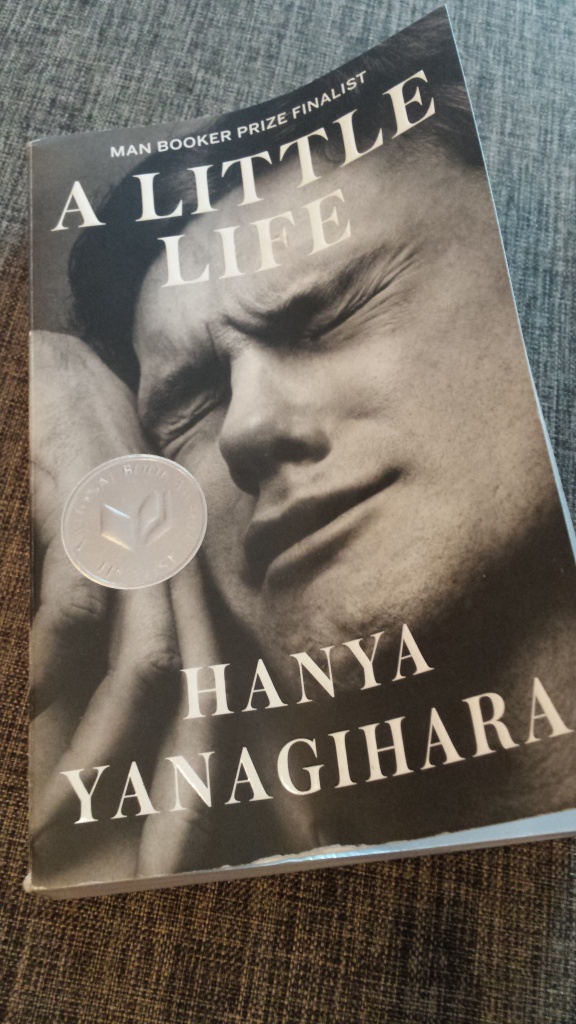 A Little Life by Hanya Yanagihara

A Little Life follows four friends who meet in college and move to New York after leaving school. The story centres around Jude, whose life is filled by one horrific experience after another, and his struggle to endure the traumas he faces. The people closest to Jude try to help him survive.

How I got my hands on it

Sometimes I like to go to the bookstore and pick something out on a whim. Other times, there’s a title I’ve heard and read so much about that I need to see what all the fuss is about. With A Little Life, it was the latter.

I had been excited to read this one for a while, as I’d heard how readers couldn’t put it down, how people were having such emotional reactions to it that they couldn’t go to sleep. Sometimes books that make me cry my eyes out are just what I’m looking for. So when I had some vacation time coming up, I went to my favourite independent bookstore and picked up a copy.

The writing is set a good pace. Even though A Little Life is 800+ pages, it has taken me longer to read shorter books. The subject matter might be dark and heavy, but the writing isn’t dense.

But even though the story held my attention, I mostly did not like this book. This was partly because I was expecting (and looking forward to) a story about four friends and the dynamics of their friendship, and it turned out to be mostly about Jude and how the other three friends try to help him survive all the terrible things that happen to him.

Also, while awful things happen to Jude, I just didn’t sympathize with him. I was so conscious that I was reading about a fictional character. I didn’t connect with him the way I do with protagonists in books I love, where I feel as though the character is a real person I know.

However, I admit that, for a book I didn’t like all that much, I’ve definitely been thinking about it. Mostly I’ve been trying to figure out what other people saw that didn’t resonate with me. This hasn’t changed my feelings about the book, but it’s different from other books I don’t care for, when I don’t give it another thought after turning the final page.

There are several mentions of food in A Little Life. Jude bakes and cooks and even works in a bakery at one point. There are descriptions of Thanksgiving dinner and other meals. But with some of the disturbing subject matter, it’s hard for me to recommend enjoying any of the foods mentioned in the book while you read it. Instead, you might try a peppermint tea for a bit of comfort and to help settle the stomach.

One thought on “A little disappointed with A Little Life”