Damn tourists, I muttered to myself as I pushed past a group of teenagers dressed in matching red T-shirts. I’d veered off a main road on to a side street in Soho to avoid the crowded sidewalks, yet there I was, confronted with a swarm of bodies, who seemed to serve only one purpose: to get in my way.

Of course I was aware that I, just like them, was a tourist in London. And I realized that while I tried to remain aware of my surroundings, it was possible that at some point when I paused to snap a picture of the London Eye or of Big Ben, I might have—unintentionally, of course—stood in someone’s way as they tried to get past. I could have been an annoyance to a Londoner or a few as they rushed to get to work, or home or to meet someone. I, however, didn’t have any appointments to get to. I merely wanted to make sure I could make the most of my time in England’s glorious capital. I didn’t want to miss out. 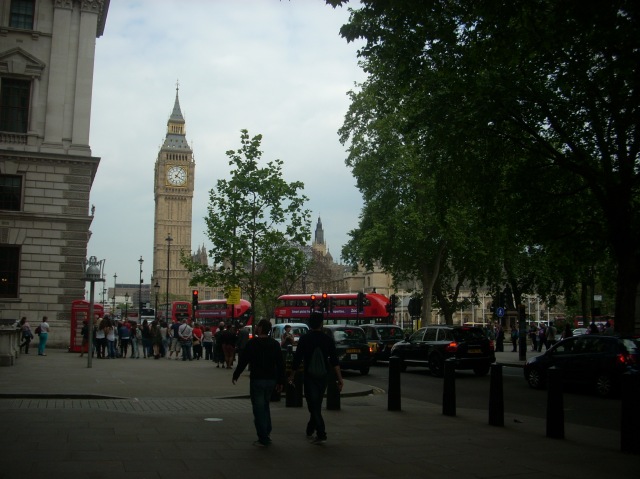 When choosing where to go on vacation, London was an easy decision. I’d been only once before, 10 years ago, and loved every inch and second I experienced there. Of course I had barely scratched the surface, merely dipped my toe in the water. So I wanted to go back. I yearned to go back. But I also wanted to see more of England than just its biggest city.

A couple of years ago, I read about the Larkin Trail, a self-guided tour of landmarks related to the life and poetry of Hull-based poet Philip Larkin. There is much to say about my time in Hull, about following in the footsteps of a poet whose work I greatly admire. But those words are not meant for this post. Larkin’s Hull deserves its own space. So that will be put on hold for later. This post is for London.